Urgent call of Jesus in the Blessed Sacrament to His faithful people. Message to Enoch.

The Calvary of my Church has already begun. 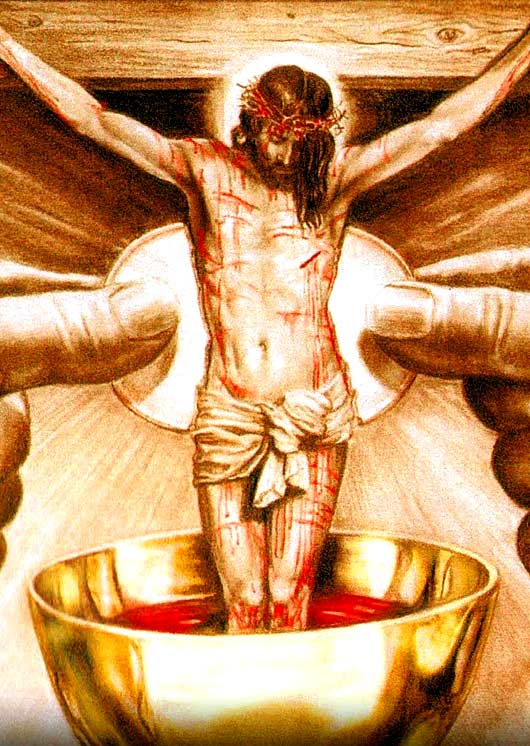 My children, my Peace be with you.

Internal conflicts will unleash in many nations: hunger, unemployment and social injustices will be the trigger that will destabilize peace in many countries. Internal conflicts will be unleashed; civil wars will affect the economy and the stability of many governments. In many nations their inhabitants will rebel against the injustices of their rulers; blood will be shed, anarchy will reign, many rulers will fall and others will flee into exile.

The world will go into riots and discord, it will be a time of great agitation, where chaos, anarchy, famine and desolation will prevail. Many will flee of their own countries in search for better opportunities, but the great powers will close their borders and the emigrants will walk into exile, many in their attempt will die. Social turmoil will multiply due to unemployment and to lack of opportunities, especially in the poorest nations. The economies of many countries will become weak, up to go bankrupt.

The red dragon of Communism will take advantage of this situation to extend its tentacles, it will reign and will subdue many nations; slavery will come again: My people will be persecuted, tortured, imprisoned and in many cases made to disappear. Whoever is a Christian, will be persecuted, the blood of my people will run among the nations. The red dragon of Communism will ally itself with the Antichrist and my flock will be purified in the furnace of tribulation. Know therefore that this is about to begin, children of mine; feed yourselves as much as you can with my Body and Blood, because the days are approaching where I will no longer be in the silence of my Tabernacles. The time of the Great Abomination is approaching, where I will be outraged and desecrated by the emissaries of evil at the service of my adversary.

Children of Mine, time is coming where my Daily Worship will be suspended and my temples closed. Pray for my Vicar and for the Church, because the division within her interior is about to unleash, and it would bring with it the greatest Schism of all Her history. My Church is going to shake, but the gates of hell will not prevail against her; it is written. Millions of souls will lose their faith, for the scandals that will be unleashed; the sewer already began to uncover and the heads of many hierarchs of my Church, will roll on the ground. The Schism is approaching, at any moment the spiritual hecatomb will burst and my Church will be trampled, vituperated and sullied, by all its detractors. My Vicar will have to flee, Rome will be prey to anarchy and will burn in its seven hills as in the days of Nero; She which was once the cradle of Christianity, where I planted my Rock, will be left tomorrow in ruin, chaos and desolation.

Unite people of mine in prayer, for the Calvary of my Church has already begun. My Church is going to be disparaged, the criticisms and the finger pointing of its detractors will be a lot; the enemies of my Church will be merciless against Her and my faithful people will be the laughingstock of many. A great majority will disown my Church and many will annul their baptism; religious communities will be persecuted and others will be terminated. The faith of my People will be put to the test, only those who persevere until the end will be saved.

Therefore, be prepared children mine, for the days of the test are approaching; remain steadfast and loyal to Me, as the vine shoot to the vine and I assure you that not one of your hair will be lost.

My Peace I leave you, my Peace I give you. Repent and convert, for the Kingdom of God is near.

Your Teacher, Jesus in the Blessed Sacrament.

Let my messages be known to all mankind, People of Mine.